Another wild card for SEC 2018 series is a true legend. Man, who has already won a lot in speedway, but is still hungry for more. After a tough injury, he's back into racing and has been doing it great. He already started as a wild card in a single SEC round, back in 2017 and found noone who could have defeated him. Naturally, we're talking about Jarosław Hampel!

Started his career in Polonia Piła and has been racing speedway for 20 years. His effectiveness made his cabinet full of trophies - both individually and in team, he's a rider who's achieved nearly everything. Along with the Polish National Team, in Speedway World Cup series, he's reached for gold six times. Individually - in Grand Prix series, he got silver in 2010 and 2013.

Back in 2015, his career slowed down because of a serious injury. In June, during the semi-final of Speedway World Cup in Gniezno, Jarosław Hampel got his hip bone seriously broken and many doubted that he would be back into racing at the highest level.
However, "Mały" did not surreneder and was back into a great shape, representing Falubaz Zielona Góra.

Culmination came in 2017 season, when on June 30th, first round of Speedway Euro Championship was held at Motoarena. Hampel got the wild card for this round and amazed everyone by winning it. In the final heat, he defeated Vaclav Milik, latter European Champion - Andzejs Lebedevs and Przemysław Pawlicki. It was a clear message - "I'm back on top".

Beginning of 2018 season brought a phenomenal Pole's disposition. Along with Fogo Power, he dominated Speedway Best Pairs series and once again, in Toruń, he felt like a duck in water. It was no different in Rzeszów and Landshut and his great shape found a confirmation also in the league meetings.

Now, it's time to make another step. Surely, his mind is filled with a thought of coming back to world championship, but a great chance to show up comes in reaching for medal, especially gold in the Speedway Euro Championship. 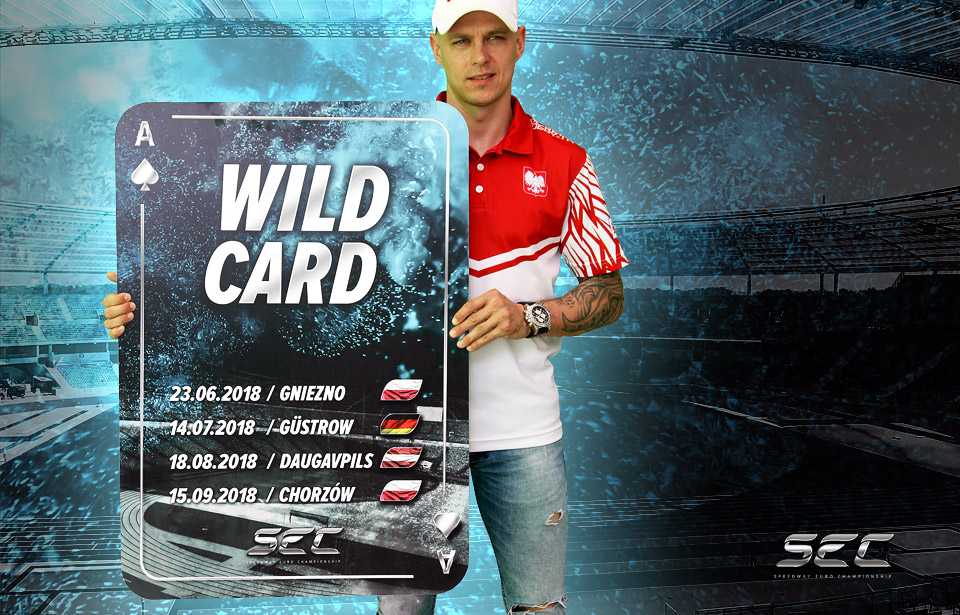 Word that would perfectly describe Michael Jepsen Jensen is "solidity". Dane hasn't used to get under some level and it was the same when it comes to his starts in TAURON SEC 2019. Rider of Falubaz Zielona Góra had been in the game for medals for a long time, but ultimately he had to leave empty handed.

For a long time, 2019 was a really tough season for Paweł Przedpełski. Polish rider couldn't be satisfied with both his starts in the league and individual meetings. Luckily, a successful ending occurred, which may give a bright shine for the future. One of the main reasons of thinking so is Pole's performance in Chorzów.

Not everything had been going in his line when it comes to rivalry in TAURON SEC 2019. Mikkel Michelsen worked hard through the whole season and made his dream about the gold medal true. He seems like a perfect example of a great determination that can take you to the top.

French ace is a proof that you can link a good sport level with broadening speedway map. In 2019, David Bellego made it right on multiple fronts. And what can be regretted the most is the second part of TAURON SEC 2019...

Mikkel Michelsen became the winner of the final round of TAURON SEC 2019, which was taken at the Silesian Stadium in Chorzów (Poland). Michelsen got 15 points, which made him equal Grigorii Laguta's score in the overall classification. In the additional heat, it was Dane, who defeated Russian and ultimately ended as the new European Champion.

Over 70 heats. For so long, Grigorii Laguta had been the leader of TAURON SEC 2019. Russian lost the gold medal in the very last, additional heat, where he had to accept Mikkel Michelsen's superiority.