According to a legendary tale, name of this city comes from Polish word "gniazdo" (nest) and it's related to a legend about rising up Poland as a state. Gniezno, just like Rome was built on seven hills. Lech Hill is the biggest one in the city - cathedral, ancient castle with chapel were built there.

The biggest historical treasure is The Royal Gniezno Cathedral with famous Gniezno Door presenting life of St. Adalbert, his silver relic coffin and two gothic portals. Moreover, the main nave of cathedral is surrounded by fourteen chapels, where former archbishops were burried. List of the monuments includes also the train station at Winiary (built between 1887-1894) or Old Town Hall (1830) with the main square. Near the main train station, there's also a neo-gothic post from 1890 and neo-renessaince City Hall from 1899. 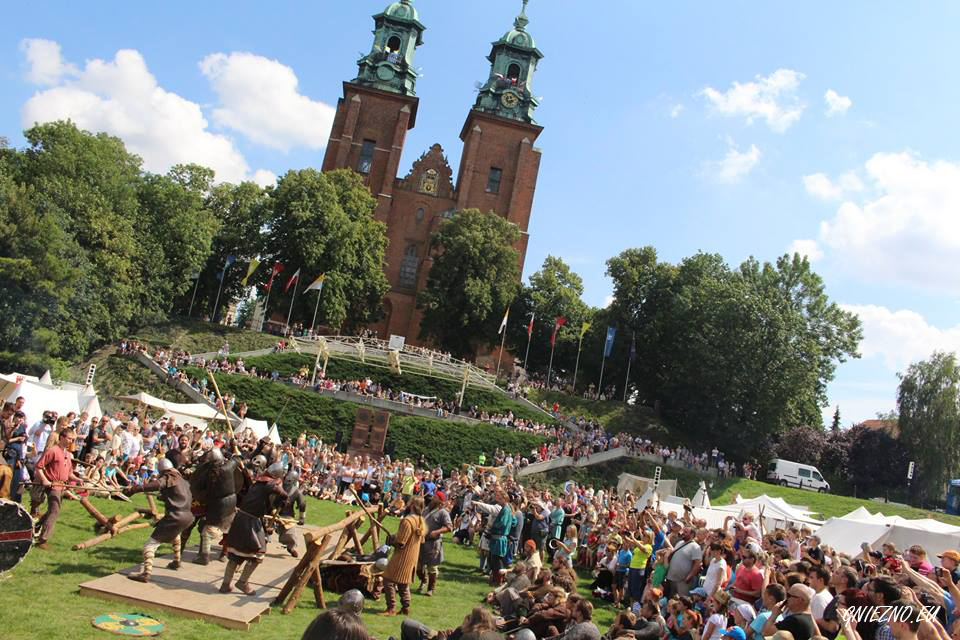